We had our card making group this past week -- fun to get together and make something while solving the problems of the world. Lunch is included, too. I know that retired men seem to prefer solving the world's problems over coffee at a local quick stop, but then what do they have to show for their efforts? 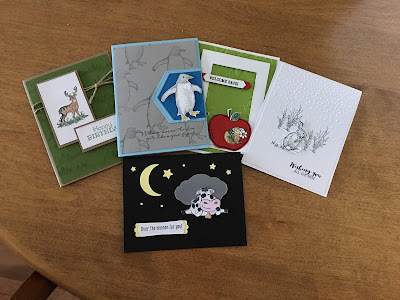 My friend Ginnie and I went looking for the sunflower farm. We were kind of disappointed that the sunflowers were not towering and huge, but they still were pretty. I will try to paint a sunflower scene. 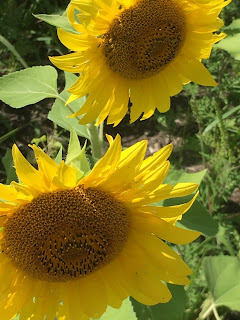 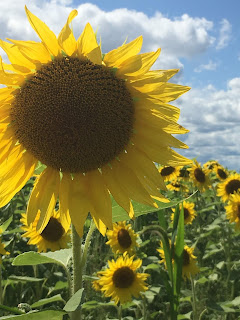 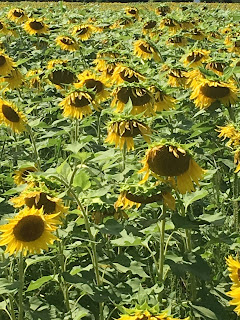 I read in the newsletter from the Peace and Justice Center that they would like origami boxes to use in their Fair Trade Store. The directions were included. So far I have made 25 boxes. 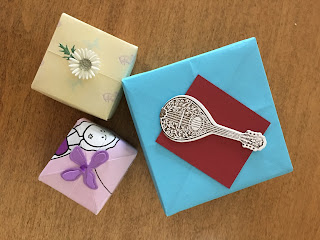 Too much time on my hands?

It wasn't all fun and games though. My former son-in-law, father of my two grandchildren, died unexpectedly. He had had a stroke and a heart attack early this summer, but seemed to be well on the road to a good recovery. He was 56.
Posted by Olga at 8:52 AM 7 comments:

I have joined a 50+ keeping active group through Meet-Up and have been participating in some area hiking. On Sunday morning, 14 of us went around Colchester Pond.


The start of the trail 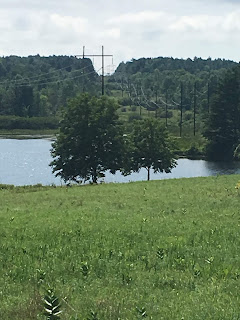 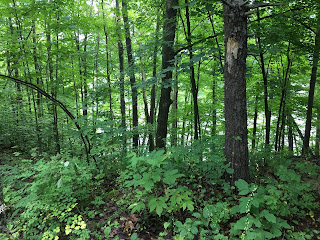 and quickly into the woods

Views of the pond were a good reason to stop for a moment or two: 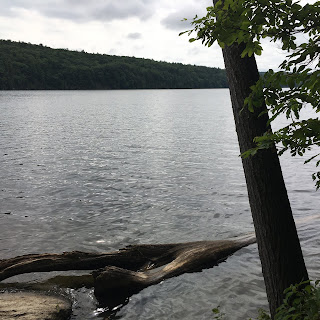 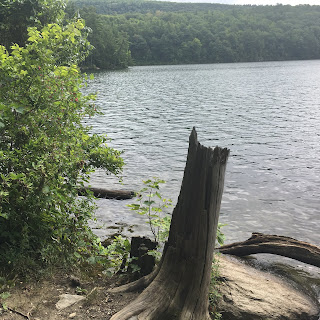 I took this picture of the sun dappled trail behind me but I somehow did not think to capture the really steep sections. Maybe I was too busy watching my footsteps or trying to catch my breath 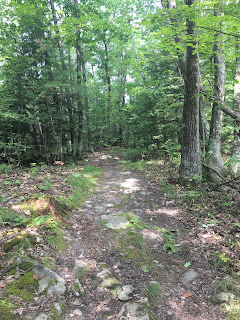 Heading back to the parking lot, the last leg of the hike: 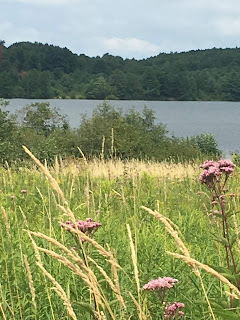 There was a wide path through this meadow. It was a warm day, but I was not going to roll up sleeves or wear shorts (long pants tucked into socks instead) because this just screams tick habitat to me.

I am enjoying getting back into the woods even with my fears about ticks. Having a group with a leader planning these excursions is kind of nice as well.

I found this tick kit article useful but it doesn't give me a false sense of security.

I took a friend's recommendation and read this book: 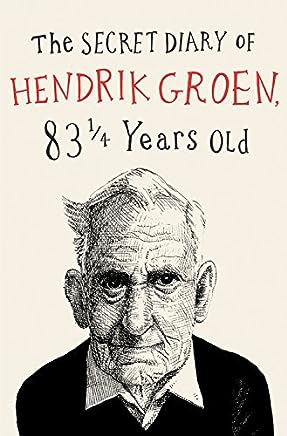 Now I am going to recommend it to you.

Hendrick Groen is, as he describes it, one of the inmates of an assisted living facility in Amsterdam. Out of a bit of boredom, he decides to keep a secret diary cataloging the indignities of aging and the curious ways of his peers as well as the staff and administration of the facility. He manages to catalog the joys and the wisdom and the friendships as well. In other words, the dignities of aging are also evident.

The book is funny and sad in turns. It's recognizable as life. You will know some of these people, I'll guarantee.

I noticed that there is a follow up book on the new books shelf at my local library. I look forward to reading that one soon.

Biking on the Waterfront 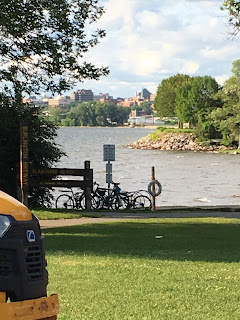 An old rail trail that is now a walk/bike/skate
runs for 8 miles along Lake Champlain's waterfront in the city of Burlington.

On a very hot and hazy evening, there tends to be a breeze off the water and there is plenty of shade along the way. 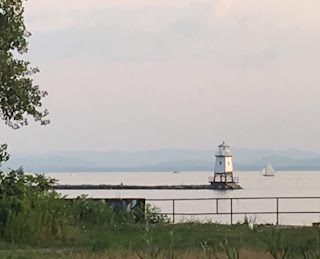 And how lucky to get to see this sunset! 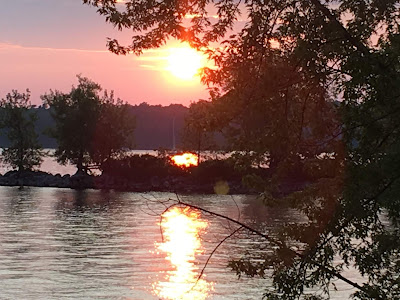 Dane and I went to Smugglers' Notch last Sunday to climb on rocks. 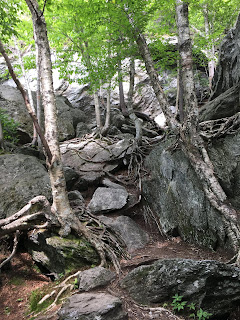 The start of the climb

Caves along the way 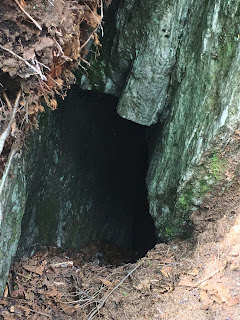 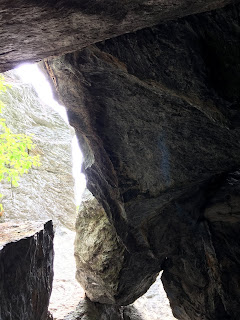 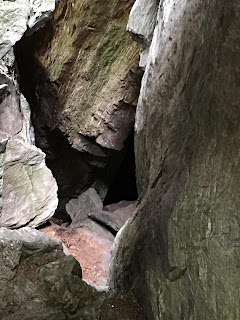 We went quite high: 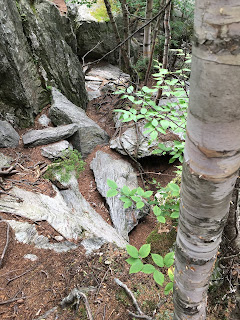 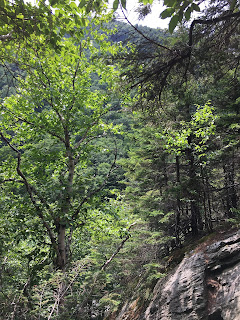 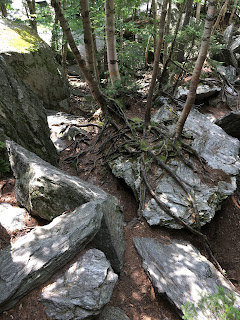 By the end of running around on rocks Dane was tired. 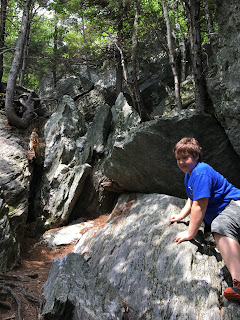 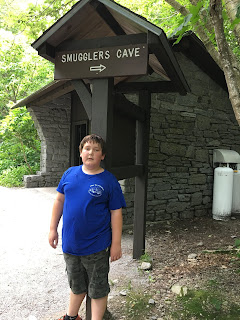