What's in a Name

Kay, in her Musings today, asked about nicknames. It got me thinking about growing up. My brother Ed considered it his mission to give all the neighborhood kids* colorful and yet strangely appropriate nicknames. Some persist to this day, for better or worse.

This past weekend my brother and his wife had a get together of the old gang, sadly somewhat diminished in number. Still, I think it's notable that my brother has maintained closeness with his childhood friends and I have a couple honorary brothers because of it. 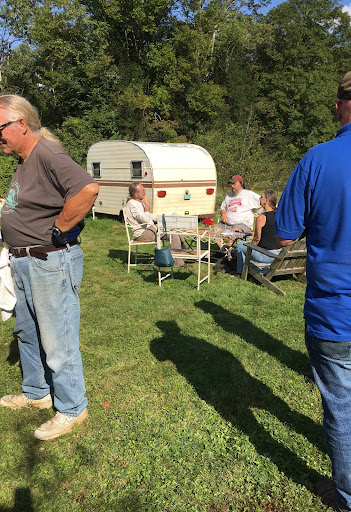 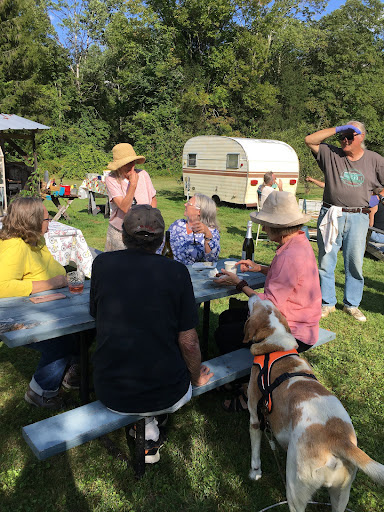 It was nice to be around people and lots of good food from my brother's outdoor kitchen. He and his wife run a way-stop camp ground for bicyclists who are riding across the state. Their house (not pictured) was built in the late 1700's and was a stop for wagons and coaches for many years.

*What happened to neighborhood kids all out playing in yards and schoolyards. Where do kids go these days??

Anyway, I have had several nicknames with various stories attached to how they came to be, but my given name, Olga, is a family name. Maybe double family name -- as I was named after my mother's favorite sister who died from cancer in the early 1940's. She also happened to be my father's  first wife (and, let's face it, probably favorite wife). Kind of a complex psychological burden of a name I think!

All the same, one of my honorary brothers did tell me how much he used to love being with our family. we were so much fun. Not always, maybe, but you know, on the whole that was true.

I am fortunate  no matter what else you call me.

I went to the grocery store yesterday and picked up just a few items that I needed. When I went to pay, the checkout clerk asked, "Did you find at least some of what you were looking for?" That was kind of a twist on the usual question.

I had noticed recently that there are bare spots on the shelves and there have been recent times when the store has been out of certain items that are usual on my list. The clerk told me that they were having trouble keeping fully stocked because there are not enough truckers.

I didn't plant even a single tomato plant in a pot this year but now I am wondering if I better start planning a vegetable garden. Oh, let's be real -- maybe join a CSA.

Yikes! Maybe I am too late! I just checked out a local farm online and their CSA program is sold out through next summer's crops.

Also in the news this morning was an article about the school bus driver shortage. Massachusetts is planning to use their National Guard troops to help out and also may pay some parents to transport kids to school.

Well, go ahead and tell me about this is what we get for demanding public health measures. 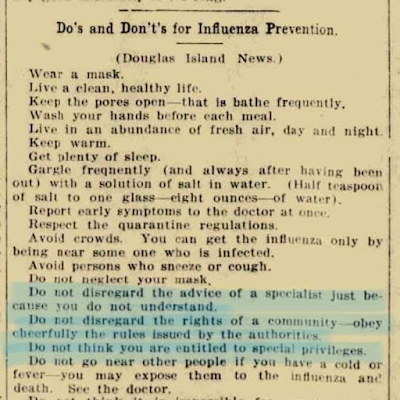 Gargle with salt water! HA!
They didn't know about bleach in those days?

First of all, how sketchy does one have to be to be part of a market for fake vaccination cards? If you are against vaccination have the courage of your convictions!

Second, there are always those with intent to take advantage of the gullible. Even if it means resorting to something criminal. Many get away with it but they all thing that they will be the ones who do.

Third, we pay to train and employ police to protect us from those who choose to engage in criminal behavior. So is it money well spent?

Not always is what I conclude.

Don't cry to me about respect for the badge. It's the person who wears it that either earns respect or not, 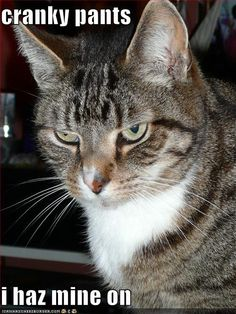 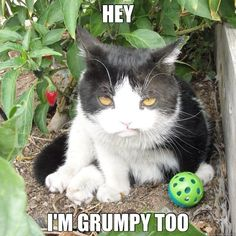 The fact that pumpkin spice everything season is starting
just tipped me over the edge. 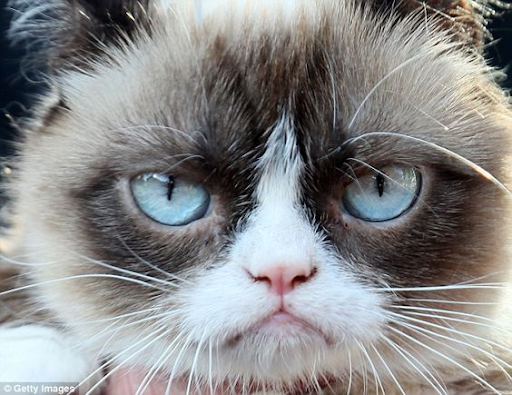 I believe the number of grumpy cat memes are evidence enough that I
was indeed a cat in a previous life. 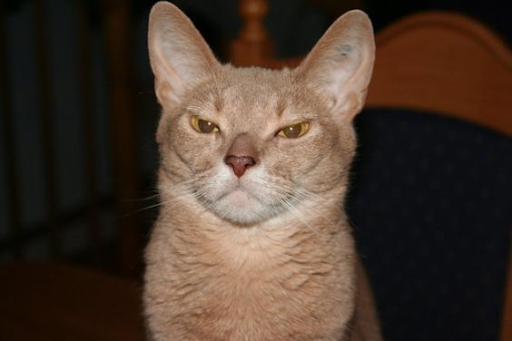 The good news is that my left eye retina is firmly reattached.

The bad news is that I still have trouble seeing clearly. I have macular edema in my left eye. My vision is distorted in that eye and I often see double when reading or attempting any close work.

My ophthalmologist was somewhat more encouraging than the retina specialist. He told me that the fluid buildup was in a bad place but that the amount of fluid was not terribly great. I have had a change in the glaucoma medication yet again. The specialist implied that the old med could cause the fluid. My regular doctor thought it could be interfering with reabsorption of fluid caused by the retinal surgery but not directly responsible for the fluid in the first place since it is in only one eye.

I'll be re-examined in a month. If the fluid is not gone in that time I will have to have more direct treatment -- that medication being directly injected into my eyeball.

In the immortal words of Dorothy Parker, "What fresh hell is this?"

Don't Tell ME What to Do!

New Orleans was hit by another hurricane. Louisiana's governor was on the news urging everyone to not go out into high winds and flooded streets, flying debris and downed power lines.

How dare she impose such restrictions on people? We have RIGHTS to our individual freedoms. 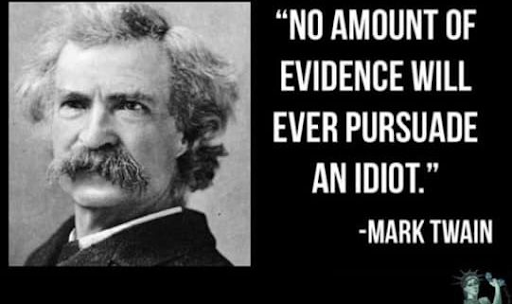 At the Shelburne Museum 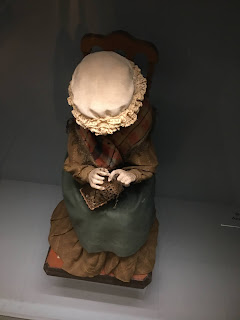 Granny knitting -- the way grandmothers are supposed to act.
(according to my daughter) 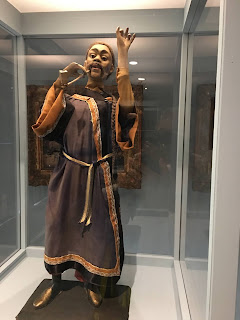 Dane wondered if these were toys since they were is a house filled with dolls and dollhouses.
We decided that this opium smoking (the smoke coming from a candle under the robe) figure was not an approriate child's toy on so many levels. 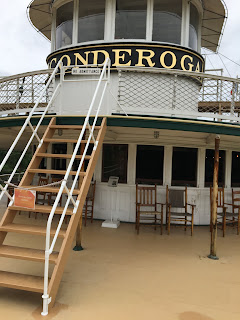 Steamship that cruised Lake Champlain until the 1950's.
The hunting camp was a favorite. 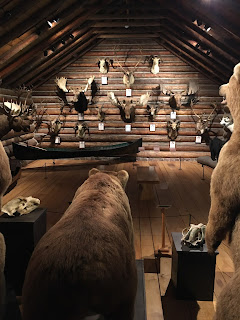 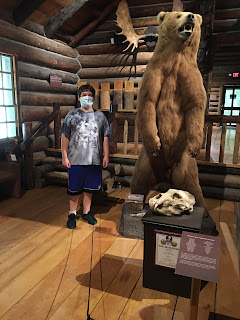 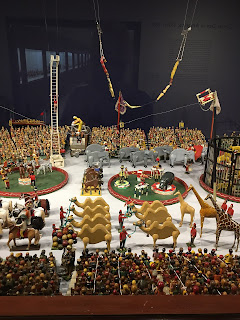 The Circus Barn was amazing--posters, carousel figures and "miles" of carved parade figurines. 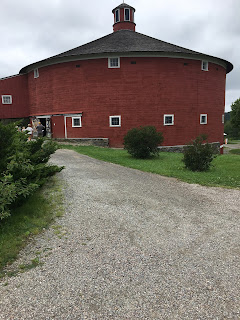 There was a special Currier and Ives exhibit. At first it was a disappointment because Dane had heard Currier Knives and expected a whole different display.  But he does enjoy art exhibits -- I have been dragging him along his whole life. It sparked a good conversation about history and how history gets written or represented. Romanticized New England farm life, yes, but let's talk about these pictures of happy, happy life on the plantations. CRT -- critical realism teaching?