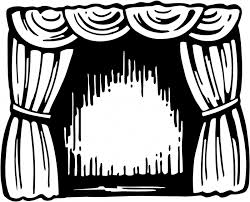 I attended a two woman reading of the play Nineteen by a local (Sarasota) actress, Katherine Tanner, who wrote the script, music and lyrics for the show  and then acted in it (some people have all kinds of talent). It traces the history of the suffragist movement from Abigail Adams' letter urging her husband to include "the ladies" in the writing of a new Constitution through passage of the 19th Amendment which finally gave women the right to vote in 1920.

It was very well done -- entertaining and informative. This play was selected for the the empowHER reading series that was held in New York last December, presented with three other one-act plays and short screenplays by Clutch Productions, which has a focus on nurturing emerging female writers.

The program was presented by the Venice Area Historical Society. I never imagined myself involved with an historical society. Actually, I am not a member, but they do put on some very interesting programs that are always well attended -- at night, in Venice -- and the public is invited.